We are pleased to be hearing from five researchers for this seminar, each of whom will give a ten minute presentation on their thesis, or an aspect of it, and then take 5 minutes of questions.

Sarah Green (Art), ‘Make Space for Men: the wellbeing benefits of the textile crafts for men’.

This Monday saw a talk co-hosted between the School of English, Drama and the Arts and the Gendered Lives Research Group with Charlotte Proudman. Charlotte is a barrister and commentator on gender issues who shot to prominence last year after drawing attention to sexism in the legal profession by calling out a senior lawyer who sent her inappropriate messages on LinkedIn. The subject of Charlotte’s discussion was the need for quotas of women in the higher echelons of the legal profession: specifically for judges and Q.C.s. To argue her point, Charlotte outlined how the legal profession functions as something of an old-boy’s club, drawing attention to the way that it excludes not only women but also people of colour and those from less privileged backgrounds (in particular those educated at state schools). From here, she drew attention to the ways in which the British legal system disadvantages women, in particular focusing on sexual and domestic violence and legal issues surrounding sex-work. Much of the discussion focused on prostitution, with Charlotte arguing that Britain should adopt the Nordic model advocated by Catherine McKinnon, in which the burden of guilt falls on those who purchase sex-workers’ services rather than sex-workers themselves. Perhaps unsurprisingly, given that attitudes towards prostitution is currently one of the major bones of contention in feminist circles, subsequent questions from the floor revealed some dissent from this view, with a number of members of the audience advocating full decriminalisation. After the discussion, there was a suggestion that the Gendered Lives might host guest blogs presenting the advantages and disadvantages of the Nordic Model and decriminalisation, so watch this space for further discussion!

Of course, the discussion didn’t focus solely on this issue: Charlotte also fielded questions on advice for women considering going into the legal profession, spoke about her own experiences of sexism, and spent some time discussing the way that Female Genital Mutilation (FGM) attempts to police feminine sexuality – a subject which forms the basis of Charlotte’s doctoral research. (As well as practising as a barrister, Charlotte is also a PhD candidate in the Department of Sociology at Cambridge University, and still finds the time to write for The Guardian and The Independent and to appear on numerous television and radio programmes). She spoke movingly of the importance of an awareness of gender in a legal framework, arguing that feminist lawyers need to be wary of mobilising any gender stereotype, positive or negative, in order to help them win their case. All in all, the talk was thoroughly argued, stimulated debate and provided an excellent opportunity for students at Loughborough to think about the ways in which the gender theory they encounter in seminar plays out in everyday life. Thanks to everyone in attendance, everyone who asked a question, and in particular to Charlotte herself for coming, and Jennifer Cooke for organising the event.

Charlotte is a barrister in family law and a fearless advocate of women’s rights. She is an expert in Female Genital Mutilation, forced marriage and honour-based killings, and is currently a doctoral researcher in the department of Sociology at Cambridge University, researching FGM. She is a major participant on the BBC’s Women’s Hour, and has appeared on BBC News, ITV News and Newsnight. Her articles and comment pieces regularly appear in the Guardian and the New Statesman, and her work has also been published in numerous other major media outlets. Charlotte was thrust into the public eye last year, after her calling-out of a senior barrister’s unprofessional and sexist comments on LinkedIn provoked controversy on both social and conventional media.

Taking place on 18 April, Charlotte’s lecture, entitled Breaking the Cycle of Institutional Sexism in the Legal Profession with Quotas for Women, will explore wider issues of institutional sexism within the legal profession. Charlotte’s discussion will explore how feminists have been campaigning against sexist and discriminatory laws for centuries. With only approximately 13% of Queen’s Counsel and 25% of judges being women, she suggests that the people writing and enforcing the law are disproportionately biased to one gender, ethnicity, and class. Her argument is that, as the law is currently predominantly male, white and upper-class, only quotas for women will ensure gender equality in a legal profession in which sexism is endemic.

The lecture will take place at the Loughborough Design School 0.017 from 4pm-5pm. 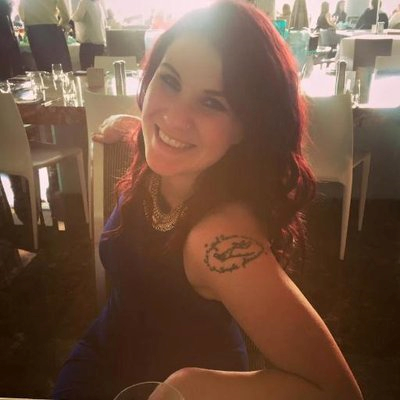 Sian is currently in the first year of her PhD in the School of Social Sciences at Loughborough University. Her research focuses on Commuter Experiences and Perceptions of Sexual Harassment on the London Underground Network. This study will be done using qualitative methods, working in collaboration with the British Transport Police and various NGOs to create a more victim centred approach to sexual harassment. She is also a member of the Loughborough Policing Research Group, a group comprised of academics from across the University who are conducting research on policing or whose research has a specific application in the policing context
Previously Sian studied for her MSc in Gender, Sexuality and Society at the University of Amsterdam. Key areas of study included sociological perspectives, theories of gender (with a focus on masculinities), sex work and qualitative research methods. Her thesis research focused on groups of British ‘lads’ in Amsterdam’s Red Light District. Whilst in the Netherlands Sian also worked at La Strada International (researching routes and modus operandi of sex trafficking in the Netherlands), and completed the Summer Institute on Sexuality, Culture and Society at the University of Amsterdam’s Graduate School of Social Sciences.
You can find Sian on Twitter at https://twitter.com/sianylewis89